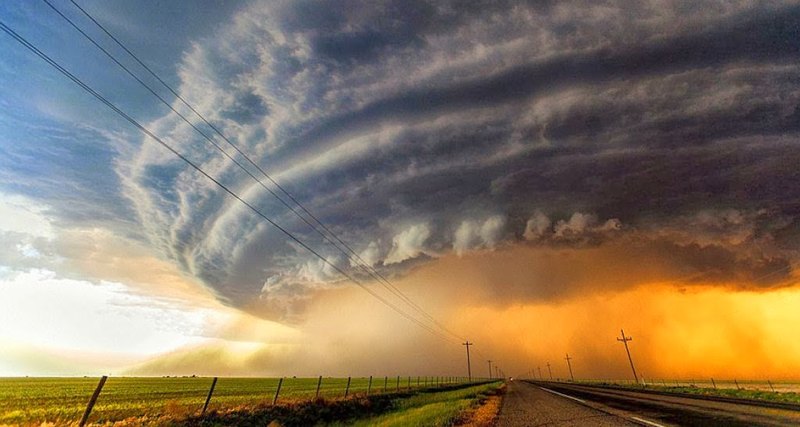 The United States experienced 11 natural disaster events that exceeded $1 billion in damage during 2018, according to data released by CoreLogic.While the wildfires scorched the West Coast of the U.S., hurricanes Michael and Florence battered the Gulf and East Coast.

From typhoons and cyclones to earthquakes, natural disasters in the past year ravaged places such as Indonesia, Japan, and Alaska. Volcanoes made the news in Hawaii, expanding the island’s terrain. Per CoreLogic report, a total of 11 western states in the U.S. had at least one wildfire that exceeded 50,000 burned acres; the leading states being California and Oregon.

The number of acres burned the past year is the eighth highest in U.S. history as reported through November 30, 2018. The report also noted that 1,000-year flood events took place in Maryland, North Carolina, South Carolina, Texas, and Wisconsin. Out of Dallas, Texas, and Colorado Springs, Colorado experienced severe convective storms with large hail. A total of 82 tornado outbreaks ravaged several parts of Western Louisiana and Arkansas, all the way down to Southern Florida, and up to Western Virginia.

In addition to the data on damages exceeding $I billion in the U.S. alone, quoting data from the National Oceanic and Atmospheric Administration, CoreLogic stated that last year’s count of billion-dollar events is a decline from the previous year. Both 2017 and 2018 have tracked far above the 1980-2017 annual average of $6 billion in total dollar amount in one year, it indicated.

Over 1,600 significant flood events occurred in the U.S. in 2018, wherein 59 percent of which were flash flood-related. The residential and commercial flood damage caused by Hurricane Florence in North Carolina, South Carolina, and Virginia is projected to be at $19 billion to $28.5 billion—out of these, roughly 85 percent of residential flood losses were uninsured—according to CoreLogic.

The damage caused by the 2018 Atlantic Hurricane season that saw 15 named storms resulted in landfall along the U.S—making 2018 the third back-to-back season of above-average hurricane activity in the Atlantic, the report noted.

“No one can stop a hurricane in its tracks or steady the ground from an earthquake, but with more information and an understanding of the risk, recovery can be accelerated and resiliency can be attained,” said Howard Botts, VP and Chief Scientist - Insurance and Spatial Solutions at CoreLogic.

Donna Joseph is a Dallas-based writer who covers technology, HR best practices, and a mix of lifestyle topics. She is a seasoned PR professional with an extensive background in content creation and corporate communications. Joseph holds a B.A. in Sociology and M.A. in Mass Communication, both from the University of Bangalore, India. She is currently working on two books, both dealing with women-centric issues prevalent in oppressive as well as progressive societies. She can be reached at donna.joseph@thefivestar.com.